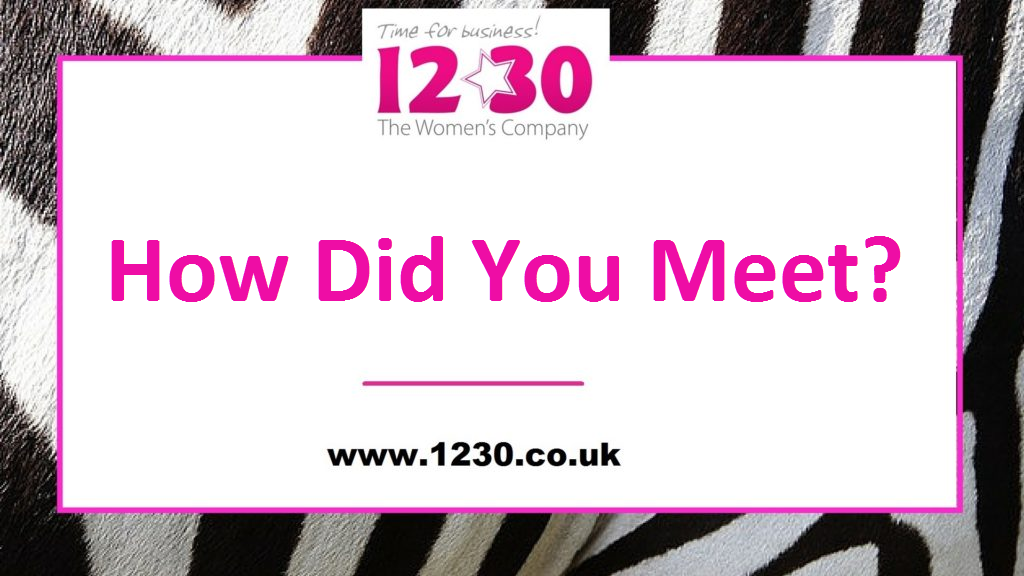 How did you meet?

Since we met, or rather were introduced, I’ve been asked this question several times. I’m just back from the “Make It Happen17” Conference - a celebration of International Women’s Day - in Marbella, that I collaborate on with this lady. Who is this you’re asking and how did you meet? As my family has been known to say – let’s have the short version!!

OK, some time back Steve Clarke thought this lady and I should have a chat, as both of us work with and support other businesswomen, so he introduced us over Twitter; busy as ever, the Tweet was missed over in Spain. A few days later, Annabel Kaye also thought this lady and I should chat, so she did a Twitter intro and bingo, this time we connected!

That is, with Ali Meehan of Costa Women fame – a social and business network of women in Spain. At the time, Ali was helping another entrepreneur with his conference and as a result I was invited to speak in Spain – at that point I became an international speaker! Gosh that venue was so hot, air-con not working. Moving on… Ali and I decided we must “do something” together which would benefit the members of both our organisations… Flight prices escalated then, but in 2015 the first celebration of International Women’s Day with CostaWomen and 1230 TWC took place in the Andalucía Lab. An attractive, brilliant Government owned building in the heart of Malaga - conference room, helpful AVA staff, and atrium for the stands at our disposal.

So there it is, that’s how Ali and I met, and the rest as they say is history.