Getting Started in the Gig Economy 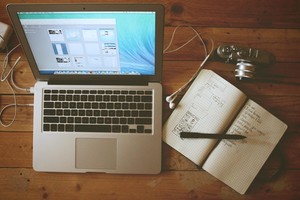 American society is adapting to a new concept of work: the gig economy. The term refers to a workforce where freelancers contract with businesses on a short-term or as-needed basis. Right now, about 11% of working adults in the U.S. are full-time independent contractors. And while “part-time gig” may sound like a euphemism for being broke, nearly 20% of independent contractors earn over $100,000. By other estimates, 53 million Americans are employed as freelancers.

Gig work injects $715 billion into the economy each year. Since 2000, traditional W-2s have stagnated, while the use of 1099s has shot up 22%. Here are some tips to get going in the gig economy and to kick-start your own successful gig business.

Some economic forecasts predict that by 2020, 40% of American workers will be full-time independent contractors. A number of factors have contributed to this trend. First, digitalization eliminated many traditional jobs, which made the workplace remote, shrinking it down to your laptop. Then, during the 2007 recession, people switched careers, contracting with businesses on a short-term basis. In turn, this was a boon to companies that could boost their bottom line without shelling out benefits to permanent staffers. Currently, common freelance occupations include writers, architects, engineers, web developers, analytics specialists, lawyers or paralegals, among others.

The freedoms that the gig economy offers are numerous. These include the independence to move from city to city, choose their schedules, set their rate and hours and pick your own clients and partners. The downside is that the gig economy is quite selective. Gig work is often great for people established in their careers who can cherry-pick high-paying jobs on the side. But it’s frustrating for people who have only found spotty or inconsistent work. And however exciting it can be to hustle between assignments, 91% of millennials say that they desire stable, long-term employment.

Two types of businesses predominate in the gig economy: Companies employing independent contractors, or independent contractors themselves. Let’s say you’re a company. Your company should make it easy for freelancers to find and sign on with you, so that red tape and corporate rules don’t put them off. Also, it’s imperative that your business is mobile-friendly, because you might want to hire someone who’s in Spain while you’re based in San Francisco. Pay on time, and every time, so you don’t get a bad reputation. Finally, develop a collaborations page where freelancers can network and feel tight-knit in a digital workspace.

Employing Yourself in the Gig Economy

Another way to make ends meet in the gig economy is to run a business of one, employing only yourself. To make it as a problem-solving business owner, you need tenacity, adaptability and flexibility.

Keep in mind, there are a lot of freelancers out there. They offer services that range from designing a web page to preparing legal documents to driving Uber. But, there are ways to succeed:

For many people, the disappearance of the 9-5 workplace, with its pay scale, corner office and promotion track is scary. However, the new work model empowers business-minded people to turn their passions into flourishing careers.