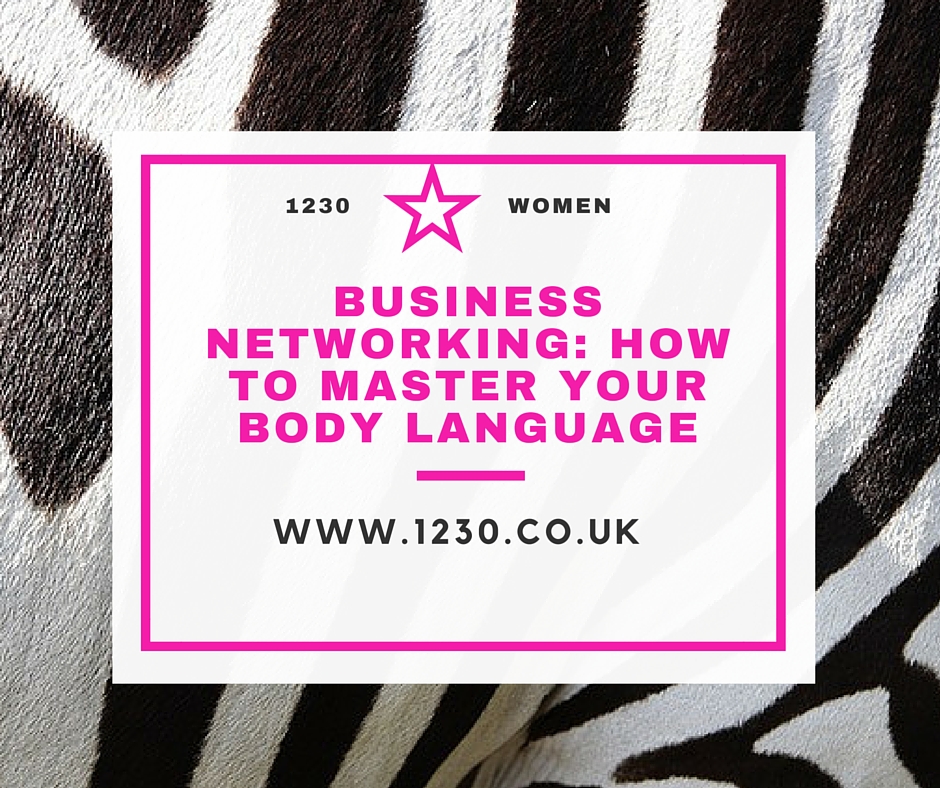 Business Networking: How To Master Your Body Language One of the benefits of networking with people face-to-face vs. online is that you can gauge their reactions and get a “read” on them. At the same time, they can do the same with you. You only have the one chance to make that all-important first impression; it’s already made before you even lean in and introduce yourself. If you’re an introvert, feel shy, or don’t like groups of people, business networking can seem like your own personal hell.

This article will share with you the 4 areas of body language and how to master them for effective networking, even if you’re petrified inside!

Here are four of the most important components of body language that you need to pay attention to when you’re networking for business:

If there is no other body language you focus on, it should be eye contact. The best networkers use their eyes to communicate the feeling that you are the person they are most interested in at that moment.  Never let your eyes drift to other people in the room, as if you’re looking for someone better to talk to, or be constantly looking over someone’s shoulder to see if there’s someone you’d rather talk to instead.

Even if you are nervous, look at the person you are talking to. Not in a serial killer, or teenage infatuation can’t take your eyes off of them way but in a normal, I’m interested in what you say kind of way.

Practice having a conversation with a friend, preferably in a room full of people, and ask them for feedback afterward on what your eye contact felt like. Did they feel as if you were not fully engaged? Did they feel like you were “staring them down?” Feedback on eye contact is important, you don’t want to send the wrong message yet you don’t want to appear disinterested.

Your posture when business networking

Did your mother ever tell you to stand up straight? The way you stand can communicate how open you are to being approached, your energy level, your professionalism, and even the way you were brought up.

Make sure you do stand up straight, but not as if you’re on parade. You want to appear open and friendly, not rigid and formal. If you slouch, you may look tired or unenthusiastic. If you’re tired, take a seat, and if your heels are killing you, slip them off under the table.

Find a happy medium where you stand up straight with your shoulders back, far enough away from the other person to allow personal space, and with a sense of energy and purpose.

Waving not drowning? How do you know? Gestures and where you put your hands when you’re not using them are both elements of body language that communicate different things. Waving your arms around while you talk may seem to portray excitement, but it can also be distracting for the other person who won’t know where to look.

Putting your hands in your back pockets may be more casual and comfortable, but it can also look unprofessional. Crossing your arms is also a big no-no in many circles since it communicates a resistance to new ideas.

You may be completely unaware of your common gestures, so ask a friend to pay attention to them during a practice conversation.

People will be looking at your face more than anywhere else, so be careful of your facial expressions. If you frown at what someone is saying, they will immediately assume you disagree or disapprove. Worse, someone may capture that on camera or see it from across the room.

Mona Lisa had it right. Keeping a slight smile on your face is a good habit to practice no matter what situation you’re in. It makes you look warm and friendly – like someone that others would like to meet –  and if you are caught on film from across the room, the photo can’t be misinterpreted.

How to improve your body language for business networking

Now you’ve mastered your body language, book onto the next 1230  TWC meeting and see how effective it is.

PS If you find networking difficult, you will love the 1230 TWC meetings. These take place over lunch, are pressure free and filled with smart women like you