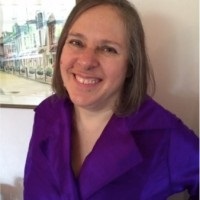 About the Author Susan Isaacs

Susan has been running language courses in the City for the past thirty years. The languages include Spanish, French, Italian, German and Portuguese. The classes are currently being held online though have predominantly up until January 2020 been based mainly near Moorgate, Barbican, London Bridge and Canary Wharf. Clients include students from Norton Rose Fulbright, HSBC, Linklaters, Price Waterhouse Coopers, Herbert Smith, Simmons and Simmons, the GLA and the Bank of England. Susan started teaching languages in the City, over thirty years ago, and has been hooked by the buzz of teaching brilliant people ever since. She writes specialist articles on languages for lawyers, which are used in CPD courses, and also gives lectures at the City Business Library. See her blog, "Confessions of a Language Teacher" on LinkedIn. ? She gained an MA from Oxford and loves discussing everything from how to chat someone up in a foreign language, to analysing world news. After leaving Oxford she was asked to tutor a group of stockbrokers in French, the brokers became avid students, and all their friends wanted to join the party too. Susan decided that the City was the place to be, and has stayed there ever since.